How this forecast was made

Tracing the evolution of control of corruption in time is indispensable to monitor the impact of anticorruption policies, yet perception indicators fail to do so. Various government agencies use governance indicators to program and condition foreign aid, although they are aware that significant change in perception indicators hardly exists and the changes in rankings reported by the media are often misleading (for instance, Greece declined in Corruption Perception Index after the economic crises, when the governments in place were in fact redressing the previous corruption, which had contributed to the crisis).

To create a more specific and sensitive trend analysis and forecast where a country is headed in the next two years we use the disaggregated components of the Index for Public Integrity and we calculate their significant changes since 2008. We further analyze and weigh the trends as pictured below: 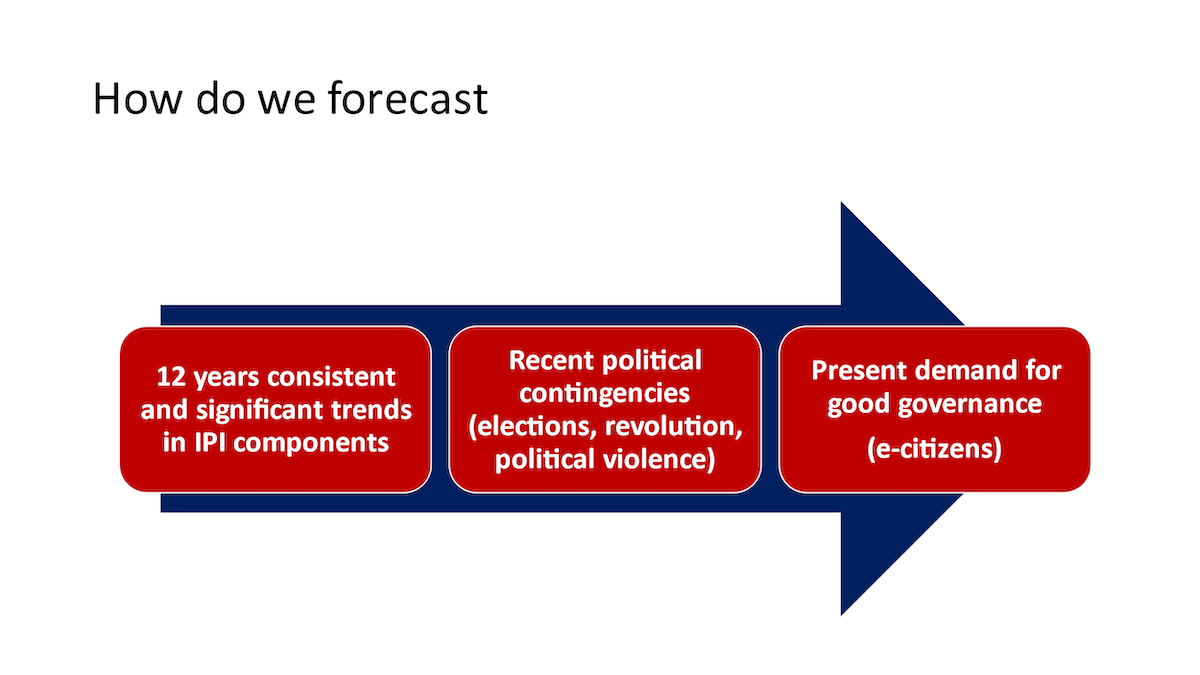 The trend analysis and weighting described produces three categories of countries: stationary cases, improvers and backsliders. These can be further refined by plotting the change sign against the IPI map, so to see if stagnation, for instance, occurs where such lack of change is problematic, for instance where there is already systemic corruption. It is not a problem if a country with good public integrity stagnates. The forecasted trends are indicated as either red (declining) or green (improving) flags. Yellow flags indicate a stationary trend.

The forecast can serve as an evaluation tool for the anticorruption strategists in a country, as well as for a longer-term diagnosis completing the Index for Public Integrity, which offers only a snapshot in one moment in time. It is important to understand the trend a country is on to confirm or adjust your theory of change and your strategy accordingly.